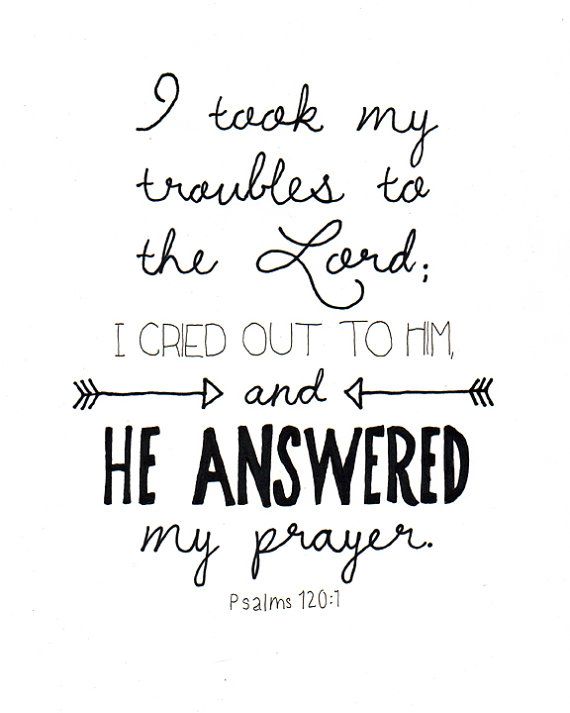 Have you ever prayed fervently for a situation to change, only to find matters getting worse? I know I have. I have seen it many times in my years of working with victims of domestic violence. In these situations, things often escalate to unbearable in spite of ardent prayers and abundant effort. It sometimes seems as if God doesn’t see or care about our struggles. After all, if He was on our side, wouldn’t circumstances improve? However, if scripture is to be our guide, we need to look at how He worked with His people there to see if that expectation is valid.

This morning as I was reading in Exodus, I found the story of the Israelites’ plight after Moses and Aaron approached Pharaoh to let the people go and worship. According this passage, God had heard the cries of the Israelites, and sent Moses to plead on their behalf. However, instead of helping the situation, it hurt! Pharaoh severely cut the supplies needed for their work. The situation seemed hopeless all around, and even Moses became discouraged.

The Israelite overseers realized they were in trouble when they were told, “You are not to reduce the number of bricks required of you for each day.” When they left Pharaoh, they found Moses and Aaron waiting to meet them, and they said, “May the LORD look on you and judge you! You have made us obnoxious to Pharaoh and his officials and have put a sword in their hand to kill us.” Moses returned to the LORD and said, “Why, Lord, why have you brought trouble on this people? Is this why you sent me? Ever since I went to Pharaoh to speak in your name, he has brought trouble on this people, and you have not rescued your people at all.” (Ex. 5:19-23-emphasis added.)

The story could’ve have ended right there, but Moses took his confusion and complaints to the Lord. Even more significant, he continued to obey God in spite of negative circumstances. Moses was full of doubt about his own abilities, and he was discouraged about the Israelites anger towards him, but he still continued to follow God’s path. We all know the outcome. God used his obedience to bring about a miraculous deliverance—just when things seemed impossible. In the end, terrible oppression made liberation seem even more incredible.

When I think of my own story of escaping abuse, I can see His hand in every painful experience. All I knew to do was cling to Him, because everything else had failed me— from the courts to the church. Even people who loved me and wanted to help had no clue how to do it. In the long run, the overwhelmingly impossible nature of the situation made me desperate for Him. I spent long hours in prayer and scripture, and even came up with a database of passages that were particularly helpful.[1] I made a decision to believe His promises, because nothing else was working. All I could do was hold on to Him for dear life, and He was faithful. Circumstances did not improve in the beginning. In fact, they became worse, but in the end my faith in Him became stronger than it had ever been and He delivered me. I often tell people that even though I would have never chosen to suffer like I did, I am grateful for it, because it drove me to Him. My relationship with Him became my anchor, and I wouldn’t trade that for anything.

If you think that circumstances are a measure of God’s care, or lack thereof, you are missing a beautiful opportunity to allow Him to redeem your story. God is not a magic genie who snaps His fingers and makes everything suddenly all right. He also will not force anyone to follow His ways, but He will use your pain for good. Please understand, I am not saying you should stay in a harmful situation. Scripture is filled with examples of God’s people fleeing danger. Instead, I am saying, cling to the One who loves you most, and you will not be disappointed. He will use your trials to grow you and your faith. I’ve worked with survivors of domestic abuse for over 20 years, and those who have held onto Him have simply amazed me. I have never met more amazing people than those who have proven Him faithful in the midst of great suffering.

If you think you don’t have what it takes to become an amazing example of His redemption, I encourage you to go to scripture. God specializes in using reluctant and under qualified people for His purposes. He not only wants to redeem your situation, but if you let Him, He will use you to help others who will face the same battles you’ve faced (2 Cor. 1:4). Take your doubts and struggles to Him, and determine to hold on to His promises. Just keep walking in His direction, and don’t let people or circumstances warp your view of Him. He will deliver you in due time, and in the process you will develop faith that is unshakeable.

[1] If you’d like a copy of this scriptural database, please email me at info@calledtopeace.org.