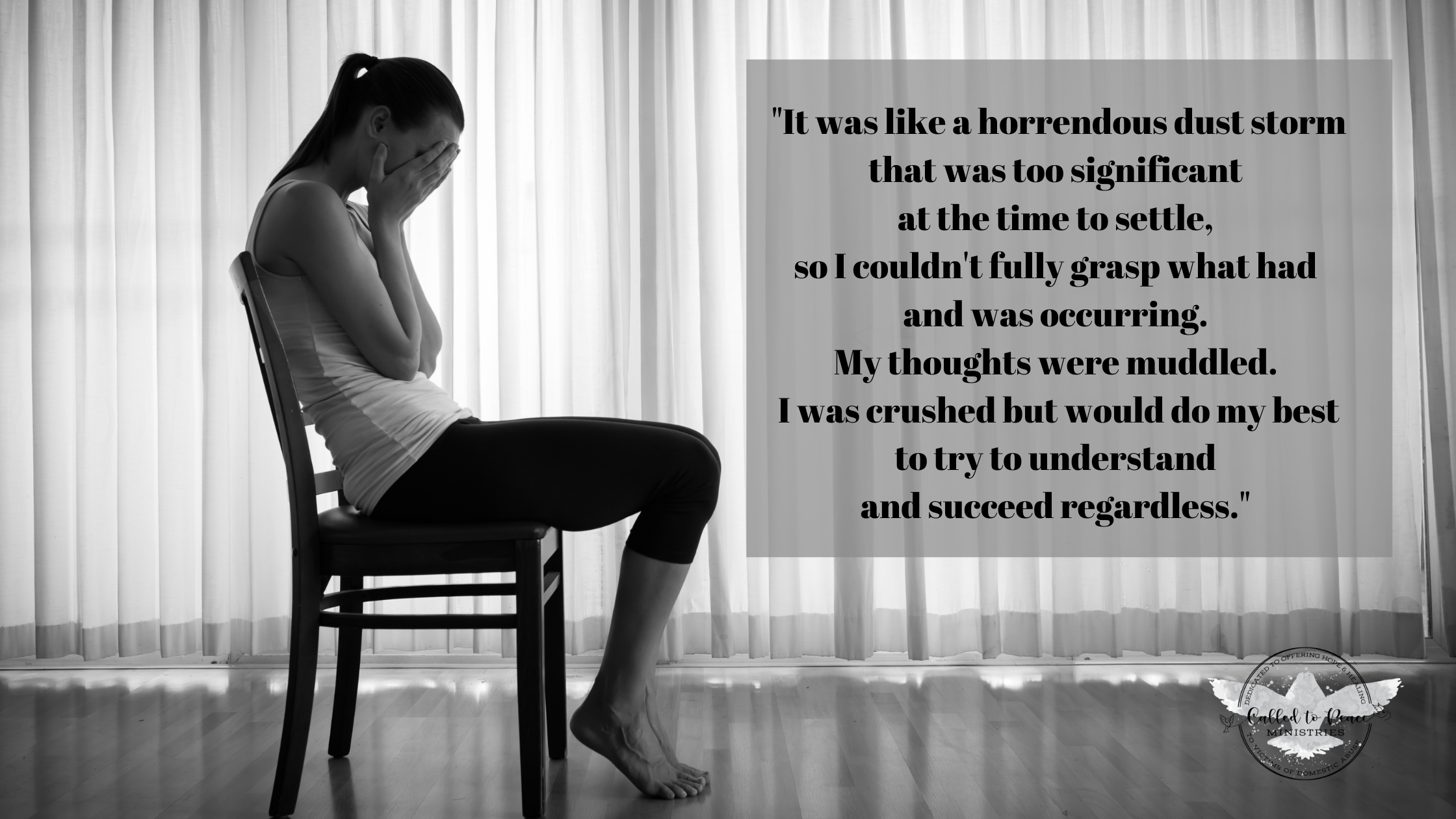 Meet Jewel! Her life was exciting as she was finishing her college degree and filled with hope for the future. She had been in a previous domestically abusive marriage and felt like her life was now at a place of peace and rich place. Then she met her soon to be husband. There was an immediate connection as they talked all the time, “with good conversations,” adds Jewel, and they enjoyed their weekly Friday date night and, of course, going to church together.  “It was really special,” she concludes. She thought she had found her Boaz, the redemption of her story.

There were areas of concern for Jewel in their dating, but he very effectively reasoned them away when she brought them up. “I have PTSD from a serious accident a few years before I met you,” he would exclaim sincerely. He blamed his accident as to why he reacted in anger quickly, etc. (While PTSD from a fall can be a real medical issue, he, however, would not take accountability for his actions. Jewel later learned that lying, deception, anger, and deflecting responsibility was the pattern of his whole life.)

“At first, the relationship was fabulous, truly. I fell in love, but in time as his true colors came out, I would start to feel confused. Love, mixed with confusion, is an exceedingly difficult place to be,” Jewel adds somberly. They were married, and Jewel knew there were severe issues when he would always run to his mom’s home when things didn’t go his way. “I started to see from his mother’s words and actions how entitlement is bred within someone’s soul, how a belief system is instilled that one is always right, regardless of the debris and destruction they leave behind,” Jewel states confidently. In her marriage, she saw rage as she had never seen before. She emphasizes, “RAGE; full-blown, teeth clinching rage! It was scary, especially when he would poster and cower over me or destroy my items.” Jewel recalls, “It was like a horrendous dust storm that was too significant at the time to settle, so I couldn’t fully grasp what had and was occurring. My thoughts were muddled. I was crushed but would do my best to try to understand and succeed regardless. It was just an endless string of what-ifs.”

Jewel reached out to a couple of counselors during their first year of marriage and reached out to their church several times; the response was a one size fits all marriage cure. Strangely enough, he would agree to accountability and seem to be cooperative in the whole process of accountability. Jewel would later discover, as well as the church, that it was a calculated smokescreen to appear to be working on the marriage when in effect, it was about how he
appeared to the church. No investment for the marriage, or Jewel, his wife, it was all about him. Jewel emphasizes, “Always about him, how he had been raised to believe that is should be.”

Jewel started to wither within but externally did whatever she could to hold on for the marriage’s success. “It was daunting, long days, awfully long days,” Jewel recalls. Then Jewel reached out to Joy with Called to Peace Ministries (CTPM); the reason Jewel reached out to Joy was “because of the physical danger I was in, and the nature of what had occurred to me, I knew that Joy would not dismiss what I was saying to her, and she did not.” Jewel found an abundance of help from CTPM and their support group. The road to her healing has been long, but she is grateful for the resources and the wholeness and healing she has found in Jesus and help from CTPM.

“It would be hard for me to talk about CTPM without the focus being on Joy Forrest. I have known Joy for over 13 years, and that friendship was foundational to the trust necessary for me to seek help. Joy is proactive, invested, and humble. She is willing to get in the trenches with you, and for me, there were a lot of trenches. A LOT!“