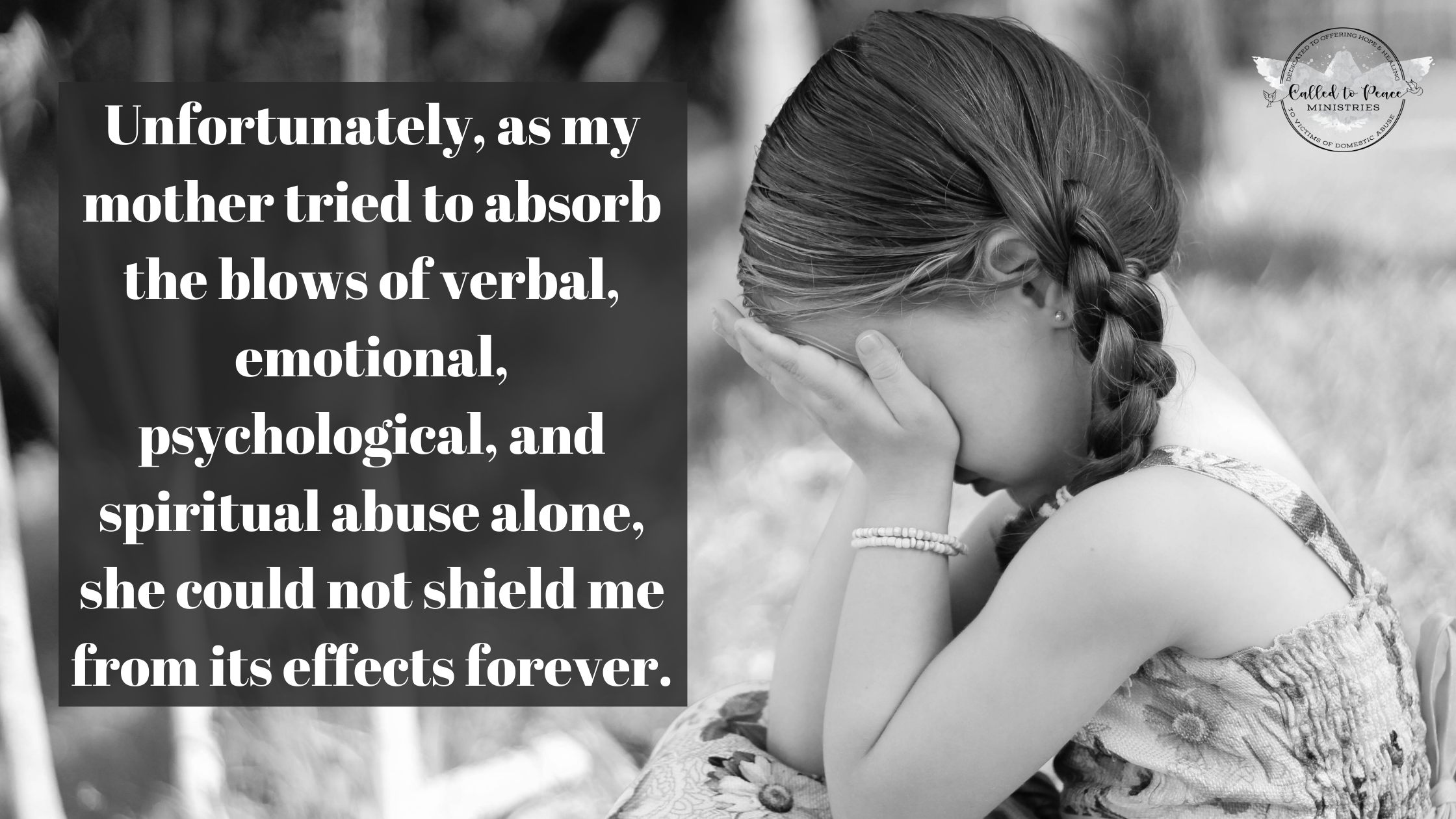 Anxiety, depression, PTSD, adrenal fatigue, autoimmune disorders; these are the common symptoms of childhood trauma survivors, and, unfortunately, each of these has become part of my own story. I grew up in a home with domestic violence. While labeling the abuse I experienced as “domestic violence;” seems appropriate now, it took until I was 25 years old and had been in professional therapy for two years before I could adequately name what I had endured throughout most of my childhood.

Like many people, I believed abusive behavior could only be deemed domestic violence if the victim was left covered in bruises. I didn’t realize that emotionally abusive tactics consisting of the intense imposition of fear and shame, angry outbursts, manipulation, passive-aggressive behavior, apathy, and gaslighting can also leave a body broken and battered, often with lasting physical damage.

In my earliest childhood years, my mother was able to shield me from most of the abuse. She put on a brave face night after night, despite the constant berating she endured from my father behind closed doors. When away from my father, she chose to pour herself into my life, trying to provide as many good memories as possible.  I remember my earlier childhood years with fondness. I think of my mother homeschooling me, cooking delicious meals from scratch, introducing me to the fine art of rose gardening, and many more wonderful memories.

Unfortunately, as my mother tried to absorb the blows of verbal, emotional, psychological, and spiritual abuse alone, she could not shield me from its effects forever. At the tender age of nine, my sensitive, innocent spirit began to crumble under the weight of the same abusive tactics my father used on my mother. I also started to experience various forms of sexual abuse at his hands, which would continue over the next decade.  At 11 years old, I began to experience severe, sudden weight loss and developed alarming digestive symptoms, including unbearable abdominal pain, constant diarrhea, and daily vomiting. After two long years of countless doctors appointments and testing to get an answer, I finally had an answer: I was diagnosed with the most severe case of Crohn’s most doctors have ever seen.

Why, might one ask, would an otherwise healthy 11-year-old girl suddenly develop an incurable, life-threatening disease?

My physician has a statistic posted in her office: nearly 80% of all diseases can be traced back to stress. Through the devastating diagnosis of  Crohn’s Disease, one thing was made abundantly clear – the unrelenting stress had taken its toll on my body and was slowing killing me.

As I lay dying in a hospital for much of the following eight years, I watched my mother’s emotional turmoil as she tried to save her marriage. She believed in keeping her vows forever and was hopeful that God might do a miracle in their marriage one day. That dream was later shattered when he finally packed up one day and left without notice, never coming back. It wasn’t until I was 24 years old that I took my very first step toward healing — I made an appointment with a Biblical family counselor. That first leap of faith was one of the hardest I’ve taken in these last several years, but it changed my life forever. Through months of intense counseling, I began to come to grips with just how comprehensive the abuse patterns were and just how much it had destroyed my physical body and my emotional state. As layer upon layer of pain was slowly pulled back and revealed, the obvious signs of PTSD began to appear. Rollercoaster emotions, constant anxiety, and hyper-vigilance, as well as violent dreams, overwhelmed me, but I continued to push through with specialized EMDR therapy, seeking more profound healing.

The most pivotal point in my journey came when I found myself curled up in a fetal position on my bedroom floor, shaking violently and crying uncontrollably. I had come to a crossroads with God — either I was going to continue to try and fight through the pain with sheer grit, or I was going to surrender into the security of the Good Shepherd’s arms.

In utter desperation, I cried out, “God, I am a lost sheep; please run after me; I am too weak to walk anymore, please carry me!”

In that moment of surrender, I stopped trying to fix all the broken things in my life, and instead, I learned to simply rest in the arms of my Redeemer and allow Him to bind my bleeding wounds. That night, I realized for the first time that, because of Jesus, I am enough — even in the middle of my brokenness. 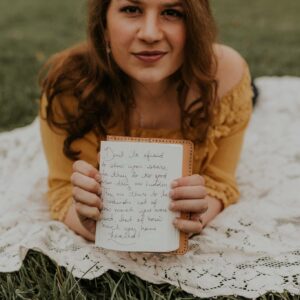 Emily Elizabeth Anderson is a Christian blogger and rising activist for people who have experienced abuse within a Christian environment. After growing up in a fundamentalist cult for 23 years and experiencing childhood domestic violence, Emily began her journey to recovery in 2015 and eventually found Jesus to be her ultimate healer. She soon turned her passion for writing into a blog, and her story has since been featured on several media outlets, including NPR. She married her best friend, Joshua, in 2020. Together, they are passionate about educating on the realities of trauma survival and recovery and supporting survivors they meet through their online community. To read more of Emily’s story, please visit her Facebook community, Thriving Forward