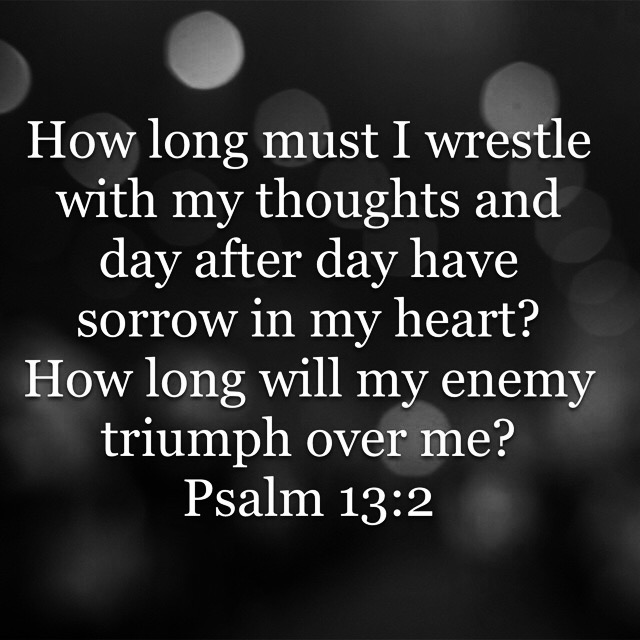 The first time I met with “Jennifer” she told me she was struggling with severe depression. As usual, I spent our first counseling session gathering information about her past, and wasn’t surprised to learn that she had experienced sexual abuse at the hands of an older cousin from the time she was 8-years-old until she was 13. When the secret finally came out, her mother told her not to say anything to anyone, but just to avoid being alone with her cousin. She wasn’t even sure if her mom spoke to her cousin’s parents, and somehow she was made to feel responsible for what happened.

For years Jennifer carried the shame of what happened to her. She grew up and married, but he turned out to be physically abusive, and by the time her son was 5 she was divorced. As her marriage was falling apart, a friend invited her to church. Within months of visiting the church, Jennifer fell in love with the One who suffered and died in order to redeem her soul. Her life was changed, and she felt peace like none she had ever known. Yet, five years later she was meeting with me because of depression.

As a survivor of abuse I could relate to Jennifer’s struggle. Getting out of the abuse was much easier than getting the abuse out of my head. It had warped my thinking, and caused me to believe lies about God and about myself. I found myself consumed with negative thoughts, and the more I thought about things, the more depressed I became. I wondered why God allowed the abuse to happen, and felt that my experiences had damaged me for life. It seemed as though I was engulfed in darkness, and suicidal thoughts plagued me. If  not for my children, I’m not sure I would be here today. But that wasn’t the end of the story for me. Misery drove me to scripture. Between my own private bible study, and a few solid group studies, I became determined to “cast down” the negative thoughts that overwhelmed me (2 Co. 10:5). I often tell people God brought me through an intensive period of supernatural cognitive behavioral therapy that eventually set me free.

Jennifer was looking for freedom from depression too, but when I asked her about her thought life, she just looked at me and said, “I really don’t think about anything.” That is the day I came up with the idea of keeping a “thought journal.” I asked Jennifer to set a timer to go off several times a day (especially those times when she was feeling depressed), and to write down what she was thinking about during those times. The idea was to write out any negative beliefs that were fueling the depression, and then to find scriptures to counter them. When I met with Jennifer a week later, I asked about her journal. She told me that the timer had worked, because she realized that she was constantly thinking discouraging thoughts. Even though she had been out of abusive relationships for years, her abusers still had power over her. Deep below the surface she felt she was unworthy of God’s love. Even worse, she doubted it altogether.

The solution for Jennifer, and for anyone struggling with negative emotions, is to identify beliefs that are contrary to God’s truth. I often tell ladies in our support group to print out specific passages of scripture, and to say them out loud any time the destructive thoughts come. I also believe that singing along with praise music is powerful, because it makes God bigger than our problems. In his presence there is fullness of joy (Ps. 16:11), and depression will have to flee. I used to imagine myself being held by the Mighty Warrior as he quieted me with his love and rejoiced over me with singing (Zep. 3:17). There is nothing more healing than being in his presence. Those who make the effort to find him in the midst of their pain will not be disappointed. He gives us “beauty for ashes, the oil of joy for mourning, the garment of praise for the spirit of heaviness” (Is. 61:3).

God is a healer! I have never seen him fail to restore those who have tenaciously determined to believe his truth. It’s not a quick fix, but it is a powerful one. Nothing gives me greater joy than to watch the faces of God’s precious children learning to embrace the freedom he offers. If you are plagued by depression or anxiety, please know that he offers “liberty for the captives” (Lk. 4:18), even as you learn to “take every thought captive” to his truth (2 Co. 10:5). Identifying false beliefs about God and about yourself, and replacing those thoughts with his promises will heal your broken heart. Ultimately, his peace, that surpasses human comprehension, will protect your mind from worry and your heart from despair (Phil. 4:7).

If you read this article, and are wondering where to begin, please contact me  for a list of helpful scriptures.