The Worst Kind of Counselor 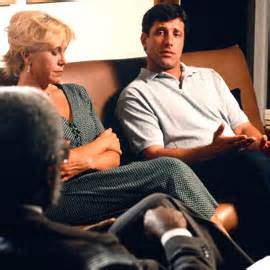 Recently, I began reading the book of Job in my quiet time. I love so much about this book, but I always find myself wanting to fast forward all the well-meaning advice from Job’s friends.  Their counsel seems all too familiar to one who has lived through, and helped others escape, the horrors of domestic violence. It is so easy for one who has never suffered intensely to come up with godly sounding advice, and even to misapply perfectly good scripture in a way that implies the victim surely must have done something to bring on the trouble.

In his book Domestic Abuse, pastor and biblical counselor Chris Moles mentioned his experience of being invited to speak to a group of Christian women in a support group for domestic violence survivors. The thing that stood out to Chris as he listened to these ladies share their experiences was that nearly everyone of them had reached out to their churches for help after enduring years of controlling and violent behavior, and the result in the majority of cases was that the church counsel had eventually turned against them.

This common scenario usually goes something like this. A woman musters up the courage to reach out to her pastor for help. Sometimes he believes her (although he thinks she’s probably exaggerating the severity), but often he doubts her story. After all, he knows her husband to be a godly man. He then goes to the husband to ask about his wife’s allegations. The abuser explains to the pastor just how absurd that is. He indicates that has tried to encourage his wife, but she is clearly unstable and responds to his support with disrespect.

Afterwards, this man goes home and scolds or threatens his wife for talking to the pastor. In some cases, the result might be physical harm. When the couple goes back to the pastor later for counseling, the wife is strangely silent or perhaps too emotional. When the pastor asks her to voice her concerns, she gives a briefer, sanitized version of her earlier account, or defers to her husband. The pastor then gives some advice about how they can improve their marriage, assigns some helpful reading, and closes with a prayer. The husband approves, thanks him for his time and assures him they will work on things. The wife leaves feeling completely dejected. Even though she is clearly a victim behind closed doors, the counseling session put equal or even more of the burden on her to change the situation. Hopelessness begins to set in. Like Job she knows that the counsel they received completely missed the heart of the problem.

Over the course of time, counsel like this ends up harming rather than helping to restore abusive marriages. No matter how much scripture is quoted or how much this wife works on herself, things will likely go from bad to worse. That is because the true problem is hidden. In Job’s case, nobody involved knew the interchange that had occurred between Satan and God. His friends, being good students of wisdom, naturally assumed that Job must bear some of the responsibility. Even though there was truth in their words, they did not see the whole picture, and unfairly accused him. In the end, God was angered with their charges against Job.

In my 18 years of working with abuse victims, I have witnessed modern versions of Job’s counselors multiple times. In fact, I’ve been one myself. Before my marriage failed, I operated under the faulty assumption that marriages failed because people didn’t try hard enough. When two of my own family members experienced divorce because of abuse, I secretly judged them in my heart. Surely, they could have done something to make it work. I was far more concerned for their marriages than their well-being. In the end, I applied the same sort of counsel to myself, and ended up working on my marriage until I nearly lost my life. One day as I was crying out to God and studying his Word, I realized he cared more about me that that that broken covenant. I understood that there’s no way one person can make a marriage work if the other isn’t willing. Like the Pharisees, I had elevated an institution over the people it was intended to bless. While they missed the point about the Sabbath, I missed it about marriage. I failed to understand the true source of the problem, and consequently did more harm than good.

The church is filled with well-intentioned counselors who are doing the same thing to victims of abuse. Women in these situations have come to me baffled and hurt when the tables have turned on them. Rather than getting help they got blamed. I fully understand why God aimed his wrath at Job’s friends. They assumed too much, blamed too quickly, and refused to believe Job’s pleas of innocence- even when their previous interactions with him supported his claims. They even used their knowledge of God against Job. Rather than trying to understand the whole story, they arrogantly assumed and placed the blame where it did not belong. They were in a position to love and support, but instead added insult to injury, and as a result became the worst kind of counselors.