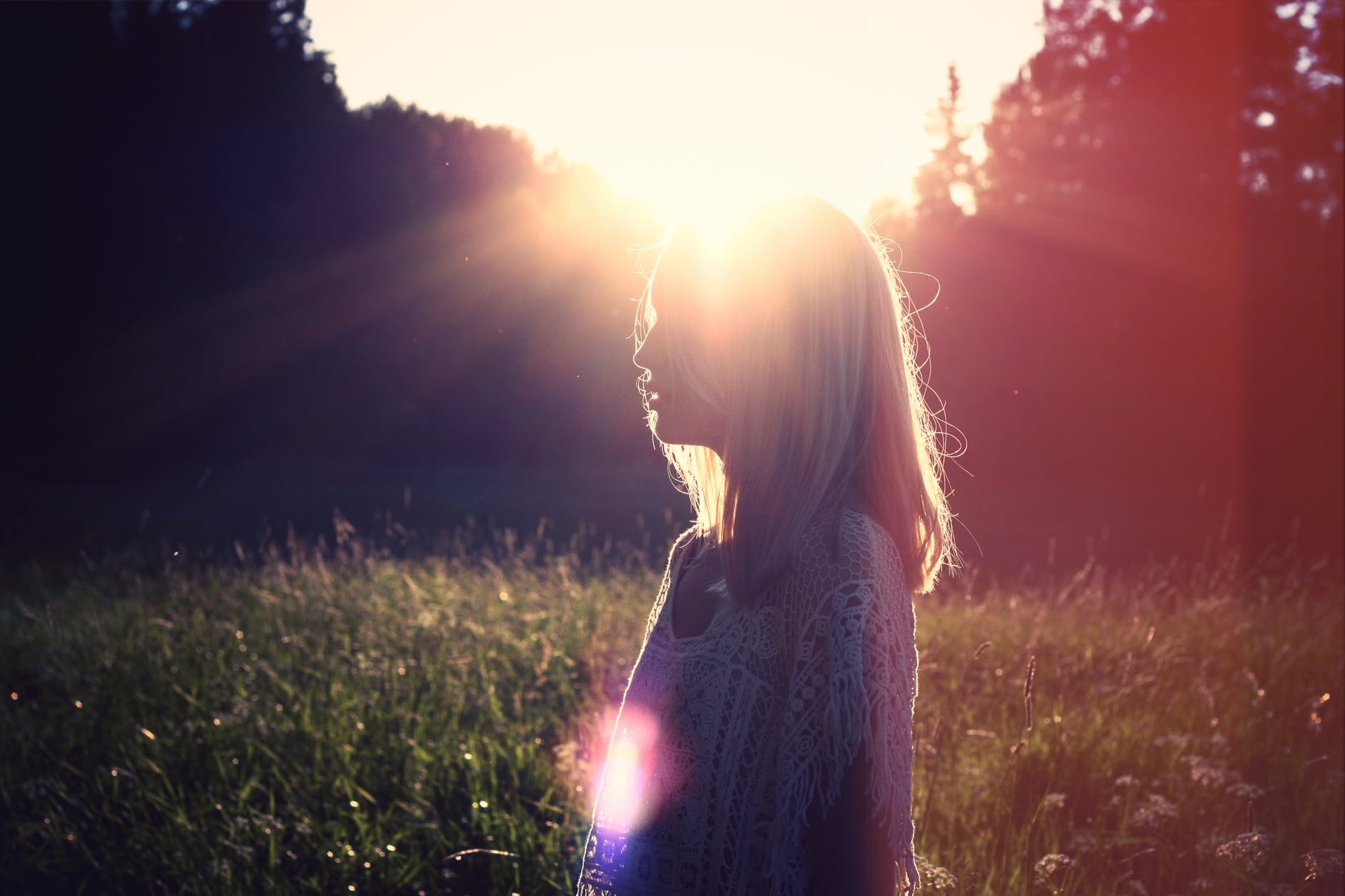 Surviving domestic abuse is like being a refugee.  You miss your home, but know the danger is too great to ever go back.  It’s the hardest choice I ever had to make.  I knew fleeing my homeland was a one-way trip.  Any chance of the turmoil within the country being restored and the terrorist miraculously transforming into a loving husband would be lost.  I knew in my heart there was no reason to stay because the home I’d built with my husband, expecting to grow old there, was now a daily battlefield.  The house even bore scars to bear witness.  Like a refugee, I sought help.  First from my church, who assured me if I prayed enough and dodged enough bullets in the meantime, that the terrorist I was living with would surely improve slowly over time, if only my faith were strong enough.  The responsibility of the terrorist changing was placed on me.

After all, the terrorist had spoken with the church and convinced them I was irrational.  It made sense even to me.  I would mention something he said and he would adamantly deny he ever said that, getting angry if I insisted my memory was fine.  Eventually I took to writing things down because I stopped trusting my own memory, but even with it written down, he would still say I was mistaken. By that, I mean speaking to me in such a derogatory manner that I– and the children listening– would be sure to know just how stupid I was.  I prayed— a lot.  My pastor even told me that if things weren’t getting better, that it was basically an indication I wasn’t praying hard enough or wasn’t being true enough to the faith I claimed.  Heartbroken by the home I only recognized as a prison, and once again by the pastor who couldn’t see how bad it truly was, I was blessed to find Called to Peace Ministries.

Before I joined the support group, I already knew a lot of jargon about how the terrorism manifested.  Previous research had helped me identify many of the behaviors like gaslighting, emotional manipulation, and veiled threats. What became more clear to me is how I had been attempting to control the severity by working hard to manage my abuser’s emotions. Called to Peace showed me how I’d allowed my terrorist to become my lord by filtering all my thoughts through what he would want instead of asking what would please God most.  I would distract the kids from annoying him, make his favorite meal, or give him sex in hopes he would be happier and therefore our shattered house might temporarily be a little safer— because it was always temporary. The temporary changes were always the most difficult as it perpetuated a cycle of hope followed by more heartbreak. Setting some healthy boundaries and learning to respond appropriately were invaluable tools.  I was learning how to let God have the control instead of thinking I could manipulate my living conditions into something safer on my own.

I made the same mistake again, however, only this time I set my pastor on the Lord’s throne.  I invested a lot of time and energy reasoning with the pastor because I knew he could be my biggest support if he would hold my abuser accountable.  Joy advocated for me, trying to help the pastor see the patterns of abuse.  I thought he was going to hold my terrorist accountable and agreed to counseling.  Instead, he gave us communication exercises.  Sit with your terrorist and have uninterrupted time to talk about your day.  So then the terrorist would get mad if I didn’t want to share anything, and used that to show the pastor I wasn’t really trying.  Poor heartbroken abuser with the bitter wife. Think about the kids.

Yeah, let’s talk about the kids, because it was like watching a train wreck you can’t stop.  You try watching them cower under beds, hide in closets, or even start to act like miniature little abusive versions of the man they called father, repeating his irrational arguments against you.  Overhear the campaign made against you by this terrorist hiding in plain sight, telling your kids that Mom can’t do anything right, and much more.  Try having them beg you with tears running down their faces to live somewhere without the monster that was living amongst us.  I could see it was getting worse.  Things were escalating.  I couldn’t protect them anymore.  I had to escape, for their sakes.

I knew it would be dangerous, even with my safety plan in place.  There would be no going back.  I had to hope that a judge would grant me protection, but if not, risk being homeless with my kids.  On that note, when it is bad enough that a mother will risk homelessness, stop yourself before you ask her if she tried hard enough to make it work.  No woman wants to be a refugee.  No woman wants her marriage to end and to let go of the dream that one day he might change.  It’s not the easy way out.  It’s the only way out.  Ask her if she is safe.  Connect her with a resource like Called to Peace.  This might be a good time to point out a woman’s risk of homicide increases exponentially when she tries to escape or shortly thereafter.  As it turns out, a judge granted us temporary asylum, but it wasn’t accompanied by a sense of safety.

We returned to the same place we’d lived with the terrorist for years– him having been removed– and thus started a new level of hypervigilance I didn’t know existed.  Before, the daily barrages were expected, and their terrifying source was easily identifiable as he stomped through the house.  Afterwards, every sound outside, every sound inside, every car’s headlights driving past, every time a child woke up from a nightmare crying– my body was on high alert, constantly watching, barely sleeping.  I shut all the blinds, barricaded the doors, and checked the perimeter every time before opening the door to the outside world.  I visited different stores than usual and took different routes.  It has a name: Complex-PTSD.  Years of living under the terrorist’s reign left their mark.  My body was on defense mode, ready to protect myself or my children.  Insomnia, nightmares, panic attacks, hypervigilance, anxiety, flashbacks.

During this time, we had court hearings where the terrorist put on his church clothes and started having visitation.  I lost friends who thought I was making it up, who then felt sorry for the terrorist.  In reality, I had made up a story so convincing- I had made up this story of redemption through the years, how the terrorist was always showing a glimmer of hope, or how the terrorist was just troubled because of his own poor upbringing, or how he was such an excellent provider he didn’t have the energy for church.  Amazingly now he was incredibly dedicated to church attendance.  I found it ironic that people were willing to believe the lies I’d invented but not the awful truth I’d hidden over the years.  I was isolated and marveled as I watched the terrorist waltz in and take over the friendships I thought I had.  I remember being envious of a friend sharing about her husband’s cancer diagnosis because that was a respectable, allowable prayer request and I wanted to be surrounded with support like she was.  Instead, my prayer requests stayed silent because sharing them in that atmosphere usually had me labeled gossipy or bitter.  One time at church I made the mistake of talking about how overwhelming it all was and my “friend” said, “You had to know it was going to be difficult.”  I had “friends” be offended I hadn’t reached out to them.  I had a “friend” tell me I was ruining my children’s lives and should call up that terrorist and not give up “so easily.”  Many weren’t interested in taking “sides,” which is another way of taking the abuser’s side.  At the risk of being labeled bitter- a favorite label of the “righteous,” I could go on about the heart-wrenching judgment and isolation I experienced with my church, but I won’t.

I’ll talk about the blessing of isolation and losing my community instead.  How else do you ask for prayer that your terrorist lessens the continued child abuse?  I don’t blame people for not being able to comprehend the depths of my despair.  Rather, I’m grateful that at Called to Peace, I had a safe place to share those requests where everyone understands and there’s no judgment.  They stayed a constant support in my life, as I struggled and grieved as I lost friends and church community.  When my church failed to protect me, I learned so personally that God still would.  When attending the service felt like an exercise in worshipping rightly as I felt watched by the leadership and the friends I’d lost, I learned worshipping God was more than simply being surrounded by your friends while singing wonderful music.  When listening to the same pastor preach about the sinfulness of abuse after he’d been unwilling to identify the terrorist as nothing more than a wayward sheep, I learned I couldn’t rely on any one person to be God’s authority for me other than Jesus himself.  I released the desire for my pastor’s approval or my friends’ acceptance.

I sought the Lord instead and found him more satisfying and healing than I ever thought possible.  I put the Lord on the throne and started asking him what would bring glory to him.  Not how I could serve my church, not how I could present my case to reluctant friends, not how I could improve my isolation in my present situation by getting a better response from the church.  Then, I did something that could only be described as reckless and ungodly.  I attended a different church’s worship service, secretly.  It was as if I had been walking through the desert and had stumbled upon an oasis.  The first Sunday there, I wept in that church, because I was free to worship.  Complete healing will take a long time- it’s to be expected when the abuse has taken a long time, but even with the turmoil of the courts and church, my worship can be free.  I don’t know what all my future holds, but I see domestic abuse advocacy as part of it. I want to help others as Called to Peace has helped me and is still helping me along the way.  I want them to know they can be free.  Free Indeed!