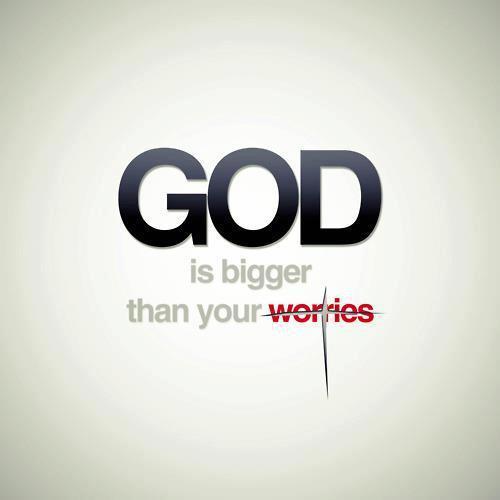 “But make up your mind not to worry beforehand how you will defend yourselves.  For I will give you words and wisdom that none of your adversaries will be able to resist or contradict.” Luke 21:14-15

We’re living in scary times. The world seems to be spinning out of control. Terrorism is a growing problem at home and abroad. Political tensions abound, and our politicians seem ineffective to accomplish anything worthwhile. Police officers, the very people who are charged with keeping peace, have become targets of radical factions and our nation is more divided than ever. To top it off, I don’t see anyone rising up to bring us back together. In times like this, worry would seem to be the natural response. So when I read this passage from Luke 21 this morning, one little phrase jumped out at me like never before– “make up your mind not to worry beforehand.”

What an amazing statement! In this passage, Jesus was talking about the end of the age, and what his disciples should expect. The entire passage indicates catastrophic events, unfair persecution, and even martyrdom. Yet, Jesus tells them to decide in advance not to worry about their response to the persecution. Further down in the passage, he indicates that some would even be put to death, but not one hair on their heads would perish. It almost seems contradictory. However, we are looking at someone who would soon face death himself. He knew that this life is merely a shadow of eternity, and that his Father had a good plan even in the midst of his suffering. If you look at the whole passage, Jesus is warning about awful events, but always reminding his disciples of their hope in God.

I was listening to a interview with a Munich mall shooting survivor this week. He said one reason he and his girlfriend were able to avoid harm was that he had already considered what he would do in a crisis. He said that each time he goes somewhere, he assesses his environment and makes a plan for escape, but says panicking can only make things worse. His final advice to listeners was that everyone should have a plan in place to deal with crisis. I think Jesus is saying the same thing, but in spiritual terms rather than physical. If we do not stop and consider how we will respond to crisis, our response will likely be one of panic, and more harmful than helpful.

Basically, it comes down to making a choice. We can choose to let fear rule us, or we can choose to believe that God holds us in the palm of his hands, and that is the safest place to be, whether on earth or in heaven. We must choose to make his goodness bigger than the evil all around us, and believe that his Spirit will empower us to stand no matter what happens. We do not need to worry, because his promises towards us are sure.

Many of us spend time worrying about what we can say to convince others that some political system holds the answer to our problems, but I say make up your minds now not to worry about it. Frantic debates over politics reveal a lack of faith that he is ultimately in control. Perhaps God has called you to politics, but fear should never be the motivation. Choosing to worry is a choice to refuse the peace he offers his children. In John 16, just before his death Jesus told his disciples about the troubles soon to come, but followed it with, “I have told you these things, so that in me you may have peace. In this world you will have trouble. But take heart! I have overcome the world” (Jn. 16:33). Once again, he was letting his followers know that they had a choice to walk in peace in spite of outward turmoil. Today, I am deciding beforehand not to worry, and to choose his peace instead. I pray you will do the same.