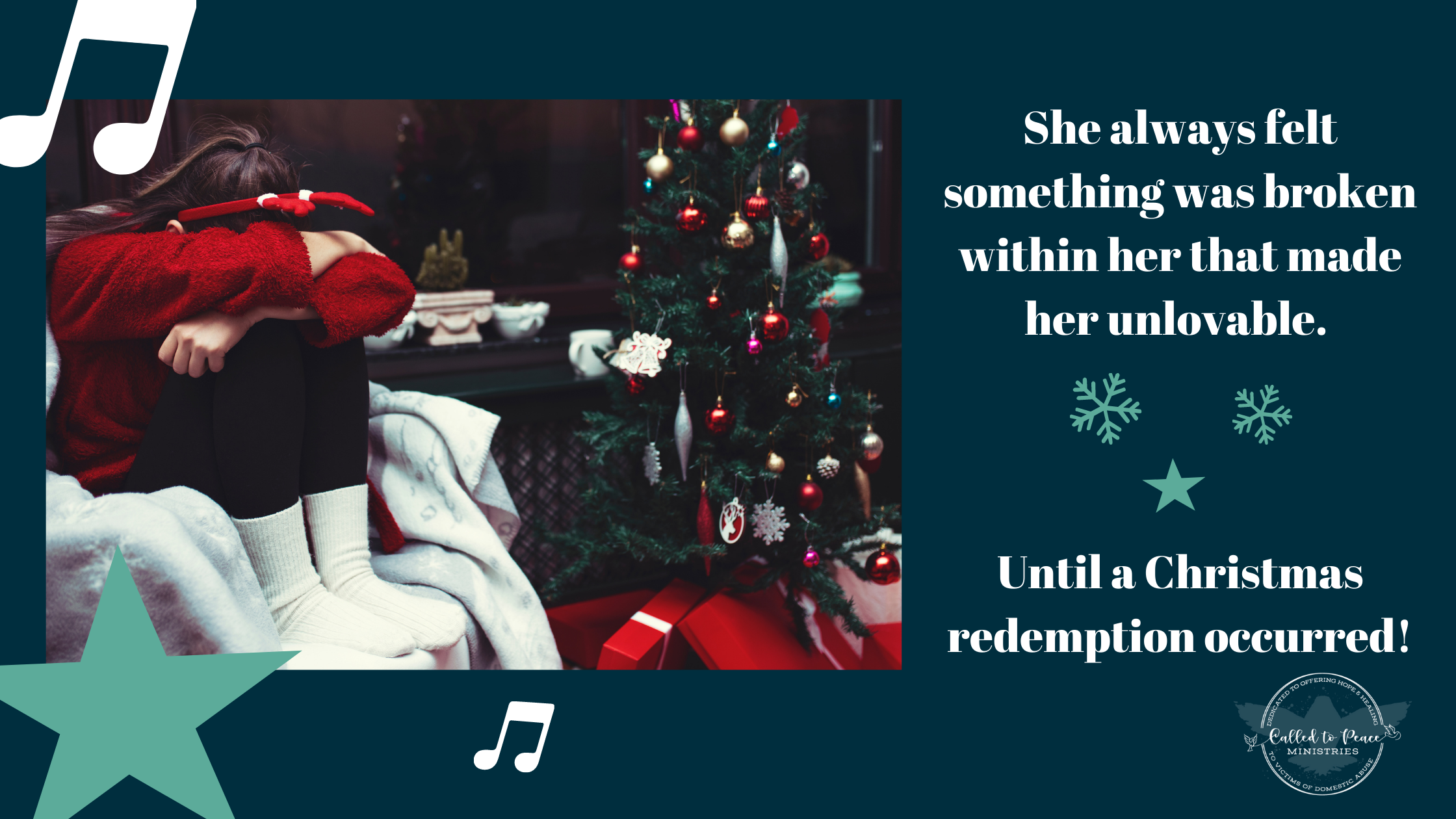 Kristen had been in counseling for several years trying to fix her marriage. She always felt something was broken within her that made her unlovable. If she could fix herself, she would be worthy of love, she subconsciously thought!

During the holidays, the abuse escalated; Kristen reported more concerns and fears during their church marriage counseling session. The church was keeping them in marriage counseling despite her husband’s blatant unrepentance for physically assaulting Kristen on a couple of occasions, telling her “not to have reactions to her husband’s anger nor be afraid of him physically hurting her because the Lord was her protection; she wasn’t trusting God if she was afraid of her husband.” They wanted to help but were confused about what domestic abuse was. They were getting more concerned as things escalated but were at a loss for what to do!

Kristen’s husband was controlling in most aspects of her life. He also controlled who she was allowed to spend time with and who she couldn’t. Only those who validated her husband’s abuse and condemned Kristen further made the “approved” friends’ list. During Christmas, gatherings, and special events, people were able to get a closer consistent look at Kristen’s life. She was much tenser and timid, as her husband got upset during these events.

At a Christmas gathering, a close friend had been noticing a current of fear in Kristen for making her husband upset:
• Always having her phone nearby to answer quickly.
• Having strict times to return home.
• Having to “ask permission” of her husband repeatedly.
• The extreme worry of upsetting her husband.

Then there was a look of worry on Kristen’s face if she was questioned about the control because Kristen assumed something was broken within her that was making the mistreatment happen. So, she covered it with excuses and justifications– so fearful of being exposed as unlovable.

Kristen’s friend noticed Kristen’s eyes seem distant. There was an emotional disconnect; Kristen was dying emotionally inside, trying to survive but kept smiling and playing the part. Her concerned friend decided to pry in deeper and asked her what was really going on in her marriage. Kristen then sincerely asked if it was normal in a marriage to have a husband make threats, or even put his hands on her when she didn’t meet his expectations. She was afraid of first being exposed as deserving such abuse. They non-judgmentally asked more questions, and Kristen, with a straight face, emotionally numb, told them more details. They assured her this wasn’t normal or ok– such great concern, finally offering help!

Kristen got the courage to go to her counselor and ask for help. Previously, she felt so much shame, like it was her fault, that it was embarrassing to share, but knowing her friends supported and loved her gave her the courage to break past that.

Her counselor connected her with Joy at Called to Peace Ministries (CTPM). Kristen met Joy! After listening to her story, she showed her the Power and Control Wheel, and for the first time, Kristen felt understood. She wasn’t crazy, she wasn’t to blame, something wasn’t inherently wrong with her – she was in domestic abuse!

Joy counseled Kristen, educating her and encouraging her to cling to Jesus with all of her heart; helped her understand he would never fail her. He would show her what to do!

Part TWO- The role of CTPM in Kristen’s Christmas Redemption!

Joy called her church to explain the dynamics of abuse that was taking place in Kristen’s marriage. Joy met with her church for hours multiple times, educating them about domestic abuse. The church was open, grateful, and accepting of any education as they were at a loss for what to do.

After a week, her church informed her they would help her get out to safety; they understood things more clearly and were going to keep her safe – and that they did! Today, they have a domestic violence policy in  place, advocating for women in domestic abuse, maintaining healthy marriages in the love of Christ!

Thanks to Joy, who now has seen CTPM grow by 400% since meeting Kristen. There are now trained advocates on CTPM staff, helping hundreds of women who reach out for help, just as Joy did for Kristen. They have since equipped several churches in developing domestic violence policies helping women like Kristen.

Today, Kristen is thriving. She loves Jesus and understands His love in a way she never did before. Joy had placed her in her first support group, still led by her when she first came to CTPM, This support group gave Kristen instant comfort and solidary with others who had walked the same path. Now, CTPM has over 25 support groups around the country, with trained leaders.

Jesus showed Himself faithful every step of Kristen’s journey. Now, she writes and advocates for women going through domestic abuse, pointing to the hope, healing, and redemption she found in Jesus. She knows her journey during her Christmas season of exodus would have never happened if Joy and CTPM did not step in to advocate and help. And Kristen wouldn’t be supporting women in domestic abuse, as she does today!

Will you be part of the growing ministry of CTPM and give women like Kristen a new song through the Christmas season and into the new year? A song of redemption, hope, peace, and joy! We can only support women like Kristen through your partnership. Your gift will impact women to heal and then reach other women, imparting their new song!