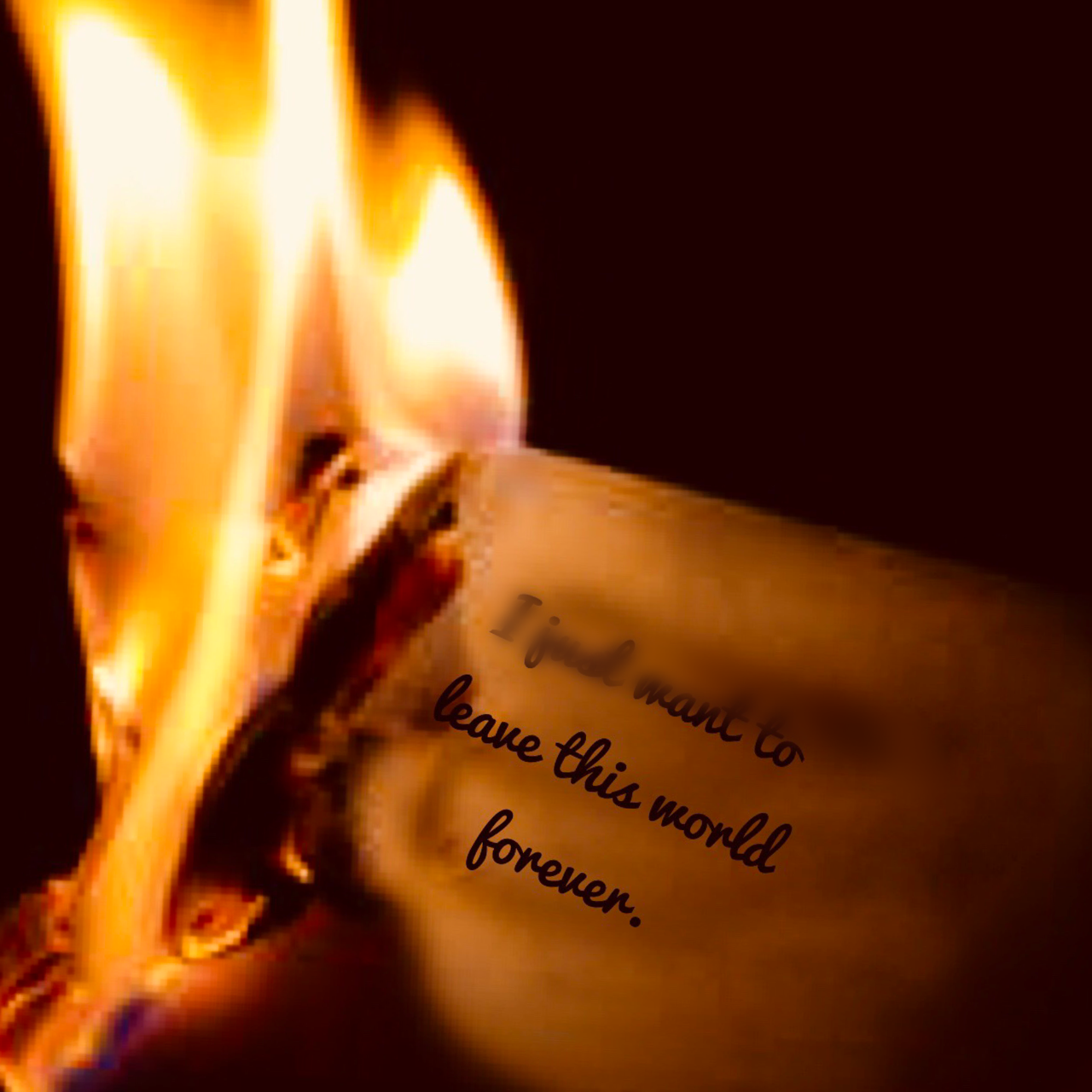 Christmas Day 1995 was one of the worst days of my life. It wasn’t just bad because of the magnitude of horrendous things I had endured up until that point—it was terrible because I had lost hope. In my journal that day I wrote:

Thoughts of suicide plagued me, and the only thing that kept me from following through was love for my children. I didn’t want them to have to deal with the loss of their mother after everything else they had endured. In the ten months since we had left our home (and their father), they had seen and heard more than children ever should. We all suffered signs of PTSD from living with the trauma of domestic violence. I remember asking God if He could just take us all in heaven that night, because I couldn’t bring myself to do it. I had no hope for the future. All I had was God, and at that point He didn’t seem powerful enough to change things.

Thank God I didn’t give in to my feelings that night. Instead I continued to call out to Him in the midst of my distress. I spent hours in scripture looking for answers, and while I didn’t find an immediate fix for my circumstances, I began to find that God’s heart was for me. When I felt as though He had forgotten me, I found Isaiah 49:14-16. “But you said, “The Lord has forsaken me, the Lord has forgotten me. Can a mother forget the baby at her breast and have no compassion on the child she has borne? Though she may forget, I will not forget you! See, I have engraved you on the palms of my hands…” This passage spoke to my heart as a mother, and let me know that His love for me was even greater than my love for my children, and He proved it at the cross.

As I continued to seek Him in the midst of my hopelessness, He did not disappoint. He met me and became more real to me than I could have ever imagined. I thought suffering would destroy me, instead as I sought Him in the midst of it, I came out with a faith that is unshakeable! I often tell people that I am grateful for what that suffering accomplished in my life. Looking back and remembering His tender care still brings a sense of profound gratitude to my heart. For several difficult years, I just held on to Him and He was faithful, but the outcome could have been very different.

In my desperation I ran to the only Source of Hope I knew. I sought God and made a decision to believe His truth over my feelings. I printed out scriptures and posted them all over my walls. Any time I was feeling particularly hopeless, I ran to one of those promises and read out loud several times. Often times, through many tears, I yelled out those promises (as if to remind Him). I refused to let hopelessness take over again. Twenty-two years later, I can say that God has turned my ashes into beauty (Is. 61:3), and I am so grateful!

After coming out of abuse, God gave me a ministry to work with victims and survivors of domestic violence. Over the years I have watched many women experience the same deepening of faith I experienced in my distress, but others have allowed hopelessness to rule them. The best they could hope for was a way to escape the pain of the scars of the past. Some have run to alcohol and drugs, some to new (and unhealthy) relationships, and some to various other substitutes for true healing. Often I’ve wished I could just push a button and impart some of my faith to these precious souls, but as much as I desire their healing, it can never be forced.

In order to find true hope and healing, we must decide to believe the truth rather than the lie of hopelessness, to esteem truth over our negative feelings, and to hold on to Him through the storms. I’ve never seen anyone disappointed who did that, but I have seen many who have never healed for failing to do it. We should never settle for a hopeless existence when He offers abundant life. Yes, this world is filled with trouble, but He has overcome it (Jn. 16:33) and enables us to do the same when we allow our troubles to drive us into His loving arms instead of to despair.

Note: For a copy of the scriptures I compiled as I was leaving abuse, check out Called to Peace: A Survivor’s Guide to Finding Peace & Healing After Domestic Abuse or the Called to Peace Companion Workbook.