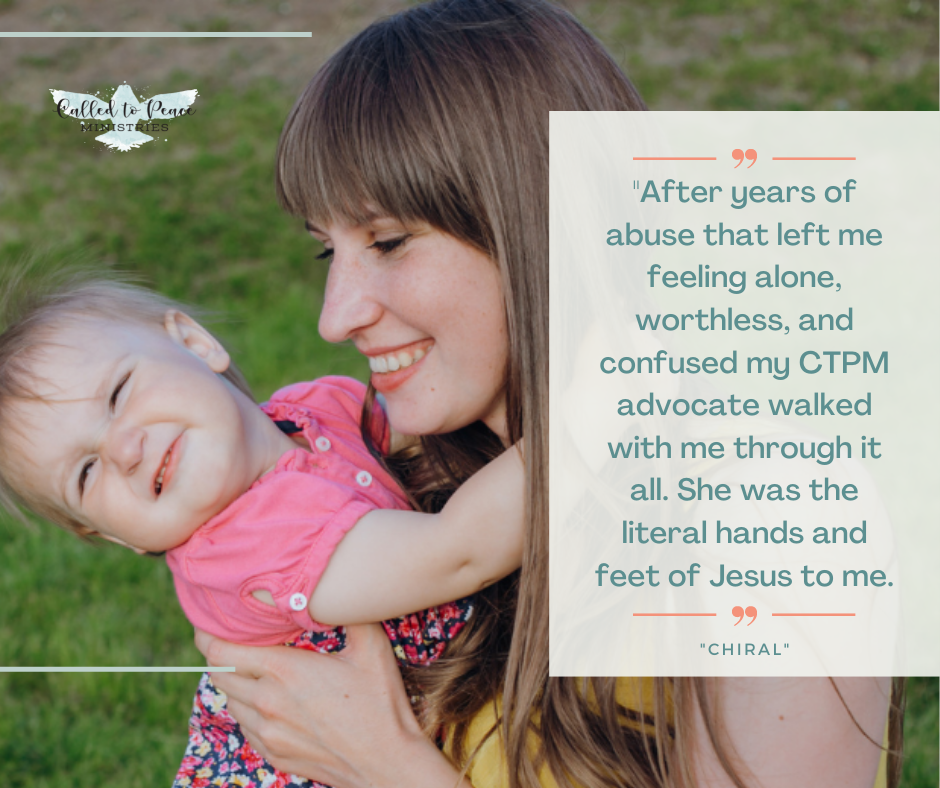 As a single mom of two toddlers, I thought my kids needed a dad, and I desired to be a stay-at-home mom. I believed God answered my prayers when I reconnected with my high school boyfriend when he returned from the Army, and we married quickly.

I don’t remember the first time the abuse occurred, but I always felt confused when we had conversations from the beginning. I felt alone in our marriage. I felt like I was just there to meet sexual needs.

Then two years into our marriage, he began drinking heavily, and the abuse increased. He said he would never hit me with his fist, but he could slap me with an open hand and not get in trouble. I reached out to my pastor for help. While they were concerned about the physical abuse, they said God hates divorce.

I tried harder to be a godly wife. He would say yes to working on an issue noted by the pastor in counseling and then when we got home, he wouldn’t accept accountability and became angrier and more withdrawn from me. My husband said it was the kid’s fault for everything, including his depression.

I then connected with Called to Peace Ministries (CTPM), and they gave me an understanding of the dynamic I was experiencing, and I felt validated.

My CTPM advocate walked with me through it all. It was refreshing that we were both Christians, and she was the literal hands and feet of Jesus to me.

I joined a CTPM support group. I was grateful when CTPM sent me Joy’s book used in the support groups for free. I loved Joy’s book but couldn’t have gone through it alone. Having other women who had walked through what I had to be a safe place for me to share and process my pain revealed as we worked through the book was incredibly healing. I didn’t feel alone anymore.

The content in the workbook allowed me to process buried emotions, reconnect with God, and gave me talking points to use with my counselor.

When my car became unsafe to drive (the transmission was failing and it was stalling every time I drove it), Naomi with CTPM called me and told me they had a car for me. I was shocked!

A donated vehicle meant I didn’t have to worry about setting aside money for a car, but I could focus on providing food for my four children, which was a struggle for us.

Now that I am safe and healing, my life is calmer. The kids used to hide in their rooms, but now we spend time in the living room. We can laugh. We couldn’t laugh together before because we had to be quiet.

As I healed, CTPM helped me see I could have a ministry, doing something tangible, helping other hurting women and children.

I became an advocate affiliated with CTPM and currently starting a CTPM support group in my church. I want to help other women know they aren’t alone and can heal, grow closer to Jesus, and find abundant life in Him. As an advocate and support group leader, I want to stop the generational cycle of abuse from being repeated through education.

I desire them to know, “Hard things happen, but we can look back and say, look what God has done for me despite what that other person did to me.”