A NEW DAWN: From the first Passover to Resurrection 2021 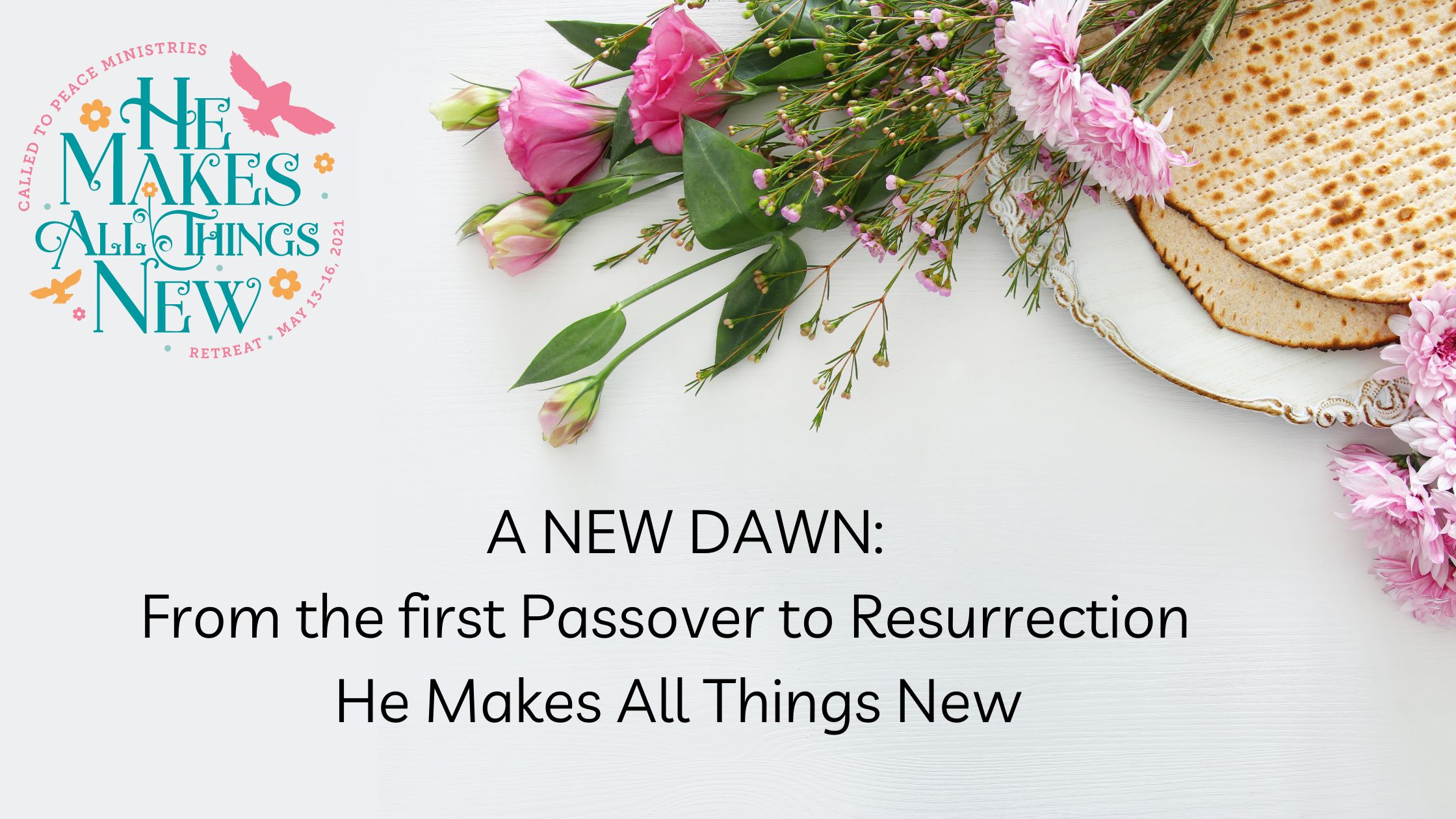 In the beginning, God created all things. His goodness, shalom, and loving presence covered all the earth. Relational harmony was the reality with God and within mankind. Beauty and peace reigned while the lion rested with the lamb. All was as it was meant to be.

The enemy of God gazed on with seething fury and hatred. Lucifer was once the most beautiful angel and a great commander. Over time, self-importance, jealousy, and pride darkened his spirit. Through a rebellious and unsuccessful revolt, he was cast from the realm and glories of heaven to roam the earth. Lucifer’s greatest aspiration became to pierce the heart of God by attacking and bringing perpetual chaos to His cherished children.

Lucifer wickedly plotted and planned the attack. Using deception and trickery, he convinced the man and woman to doubt God’s good plan and way of life. In a moment of rebellion, the perfection of the garden was destroyed. And with-it peace and harmony. A curse poisoned all living things; strife, toil, hardship, and power struggles infested the once harmonious relationships of mankind.

God, in infinite wisdom and sovereignty, already had a plan for redemption. Even in the midst of a darkened world, hope, faith, and love shone through. Throughout history, God has awakened a kingdom of people. The journey has been extremely difficult at times, though God continues to rescue and redeem. A climatic time in history resulted when God’s people went from prosperity to captivity in the land of Egypt. For 400 years, God seemed silent as the people enslaved cried out to him for deliverance. He heard His children’s cries for help, and in perfect timing, sent rescue. Many plagues were used to loosen the Pharaoh’s grip on His people. The final plague involved the angel of death passing through all the homes in Egypt to kill the first-born children. The people of God were instructed to sacrifice a perfect lamb as an atonement for their families. The people were instructed to brush lamb’s blood on the doorpost. The blood of the lamb would be a symbol of faith to protect all those as the angel of death passed by. After this tragic incident, Pharaoh relented and let God’s people go.

This miraculous, historical event would symbolize an even greater exodus. For hundreds of years, God’s people annually commemorated a “Passover” celebration to remember their deliverance from bondage (the way of the enemy) to freedom (God’s way). Near the end of Passover’s weeklong celebration, a Passover lamb would be sacrificed at the temple to atone for the sins of the people. At this time, there was an ongoing and continual need to make sacrifices to cover the sins and shortcomings of humans. Under the Old Testament (covenant), it became apparent that the people were in need of a Savoir – a Messiah who would come and make all things new. Between the Old and New Testaments (covenants), there was a 400-year period of seeming silence from God.

After those 400 years, at the dawn of the New Testament period, God appeared on earth in the form of a human – Jesus Christ. John the Baptist declared, “Look! The Lamb of God who takes away the sin of the world!” (John 1:29). Jesus CAME and instituted a NEW WAY. At the dawn of the first century, the Passover feast would be forever changed. At the very hour, the ceremonial Passover lamb was sacrificed in the Jewish temple, Jesus’s body hung on the cross. Jesus is the final Passover lamb. Though the serpent strikes at the heal, Jesus crushes the head of the enemy (Genesis 3:15).

On the night when he was betrayed, the Lord Jesus took some bread and gave thanks to God for it. Then he broke it into pieces and said, “This is my body, which is given for you. Do this in remembrance of me.” In the same way, he took the cup of wine after supper, saying, “This cup is the new covenant between God and his people—an agreement confirmed with my blood.

As we remember Passover this week and celebrate the new life given to us through Christ, take time to consider your ways. Examine the suffering lamb (Jesus) portrayed in Isaiah 53.  Jesus is also the Lion of Judah, the Warrior King, who rescues mankind from the bondage of sin and death. Jesus is a pathfinder and bridge back to the perfected Garden of Eden (the Promised Land!).

What the enemy seeks to destroy, God is able to replant and make new. God loves you with infinite love. Take heart knowing that He is with you. He sees your pain, hears your cries, and He comes to rescue. May He restore your soul and awaken your glory as you look to him today!

Make a joyful noise to the Lord, all the earth!

Serve the Lord with gladness!

Come into his presence with singing!

Know that the Lord, he is God!

It is he who made us, and we are his;

we are his people, and the sheep of his pasture.

Enter his gates with thanksgiving,

and his courts with praise!

Give thanks to him; bless his name!

For the Lord is good;

and his faithfulness to all generations.